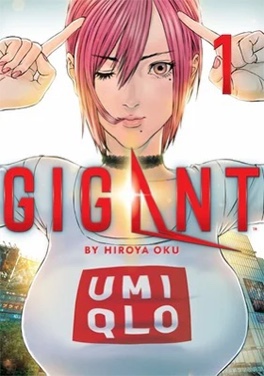 Sometimes creators occasionally seems to like to say about a new product they are releasing is that it is ‘above genres’ or ‘can’t be classified’. Usually, you’ll read about that is the now-defunct comics magazine Wizard, or Fangoria, which even once had a section of their magazine called ‘It’s Not A Horror Movie’ due to the amount of time creators would think that they could make their project more legitimate by giving it some kind of weasel word like ‘horror-adjunct’ or ‘it’s a gore-thriller’.

Well those people shouldn’t have been entering their films into a magazine dedicated to horror, and usually, in the Wizard articles, the ‘new take on super heroes’ would result in a super hero comic.

I’ve discovered recently that the REAL unclassifiable stories come from Jason and Korea in the form of manga, and that managkas, or comic creators if you will, really make comics that are unclassifiable. if you are in Sydney, you can visit a big book store called Kinokuniya, who have a MASSIVE Manga section, and realistically, the only genre split is ‘General’ and ‘Adult’.

… and in the ‘Adult section was where I found this manga, Gigant.

Gigant is created by the mangaka Hiroya Oku, the creator of manga/ anime series Gantz, a story about a mysterious black sphere who takes people from the point of their deaths and subjects them to a trail where they fight horrible demons and Inuyashiki, story of an old man whose body is accidentally destroyed by aliens, so they provide him a cybernetic battle body.

Yep, Oku is an interesting guy, and if you think those stories sound nuttier than squirrel poo, well, sit down, strap in and grit your teeth because this story is off the freaking charts.

One day, Chiho find an old man in a helmet, a backpack me a pair of Y-fronts who is injured lying the the street. She goes to assist when he slaps a strange watch-like device on her wrist, and then turns into a ventriloquist dummy.

Another weird thing is happening whilst Chiho’s life has been turned upside down. A website called Enjoy the End has become popular: it’s schtick? It has a series of questionnaires that people can vote on, the options being increasingly bizarre options…. but they come true.

Faeces falls from the sky like rain and an earthquake occurs because they were voted on… does it have anything to do with Chiho’s weird device?

Well, it’s only volume one so I guess I won’t find out for a while.

Oku’s art and story are both extraordinarily sexy and violent at the same time. His art is exquisitely beautiful, and obtuse, with some bizarre traces of realism that remind me of Western comic artist John Byrne’s addition of real photos into his work occasionally.

I’m going to say that this is an intriguing comic that has piqued my interest, and I’ll definitely be buying the next issue.