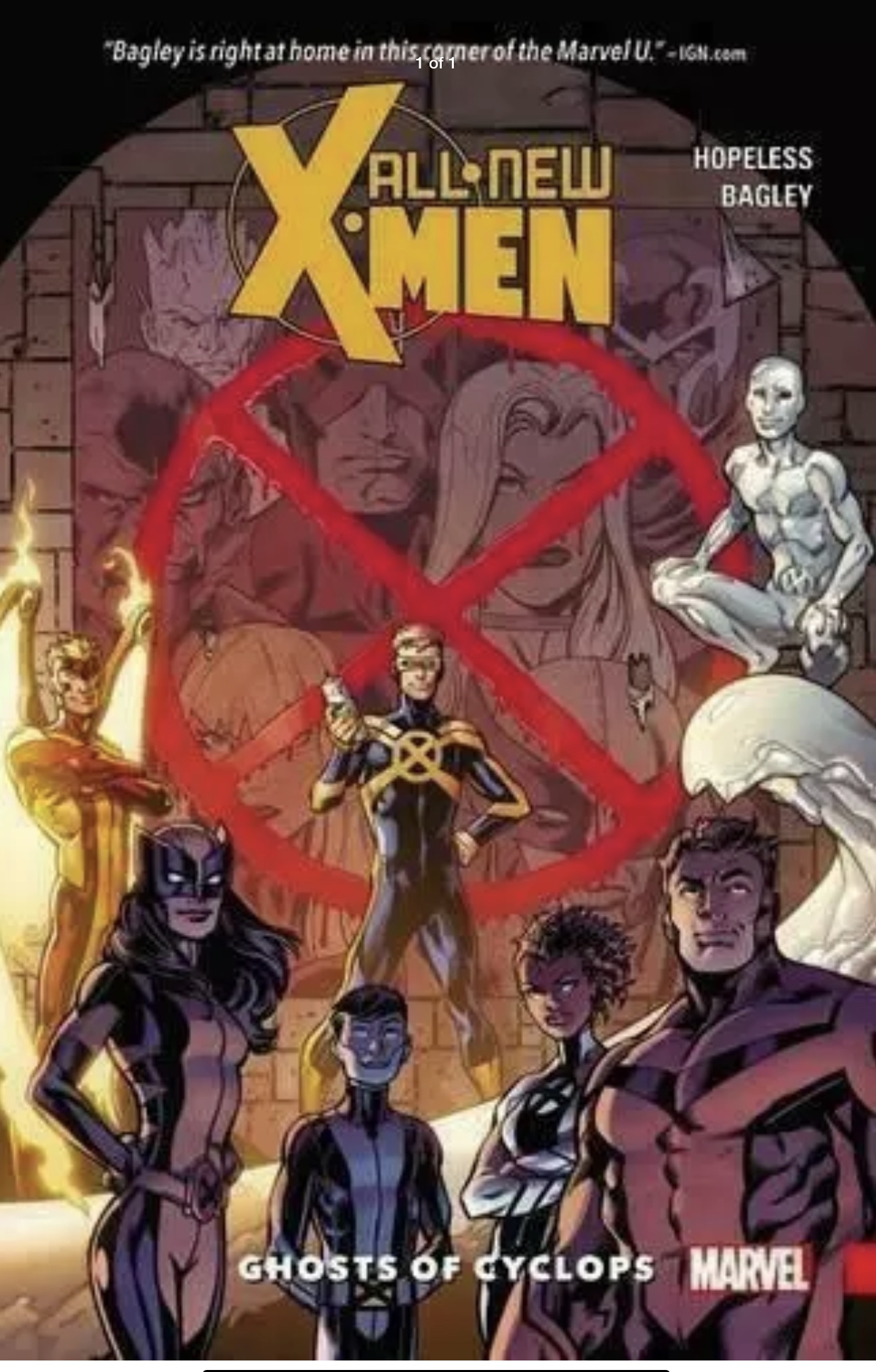 The All-New X-Men 1: Ghosts of Cyclops

It would be a boring review if it were to start with something as terrible as a ‘look up convoluted in the dictionary, and you’ll find the history of the X-men as an example.’ Yep, boring, and lazy reviewing as well, so we won’t do that.

That’s not to say it’s not the absolute truth though. The X-men was nothing short of an absolute brilliant comics in the 80s, but it’s, and more specifically Wolverine’s, popularity came in the 90s at a terrible price.

Sure, the X-men cartoon was amazing, even though it starred lame jerk Gambit, but the comics were truly some of the worst in the history of comics as Marvel, close to going bankrupt, did everything from emulating comics industry bad-boys Image Comics’ style, to deciding that almost everyone was a bloody mutant.

Thankfully, since the turn of the century, and with the popularity of the X-men films, Marvel have attempted to clean up the mutant part of the Marvel universe… even if the films, also, became someone convoluted and confusing.

One of the interesting things that Marvel did was use their time travel deus ex machina (a cure-all for so many awkward story ideas) to attempt to ‘fix’ things by having the original X-men pulled out of time and transported to ‘now’ so they can not become who they do. Jean Grey, Marvel Girl, could be confronted by her possession by the Phoenix Force, and Scott Summers, Cyclops, could perhaps find himself to not become the seemingly megalomaniacal leader of all mutants.

Unfortunately, the ‘all-new’ Scott Summers is so horrified by his future self, that he wants to avoid being Cyclops at all, so he goes off-grid, separating himself from the All New X-men (whose ranks include the new Iceman, Beast and Angel, Wolverine (ex-X-23), Kid Apocalypse and Idie), until a mutant terrorist group called The Ghosts of Cyclops rise up in an attempt to continue Cyclops’ work, and Scott finds himself in a position where he has to reveal himself to stop them.

Story: This story is written by Dennis Hopeless who has given us an interesting take on the X-Men, and the exploration of a young man’s fear of becoming something horrible is an interesting look at the normally stoic Scott Summers character. Unfortunately, the second part of this trade paperback is a fairly stock standard cliff hanger starring the Brotherhood of Evil Mutants, that only has half the story and therefore becomes somewhat anticlimactic.

Art: The Official Marvel Try-out Book Winner Mark Bagley is Marvel’s version of Yellowstone National Park’s Old Faithful. Bag key seems to have consistently been working for Mar el since the 80s and he offers the same quality of work that he always has, which is reminiscent of John Byrne’s 70s work. It’s is functional, reads easy and looks nice. The end if this book also features some alternate covers by Ron Lim, Ed Piskor, Pascal Ferry, June Brigman, Janet Lee and Rob Liefeld.