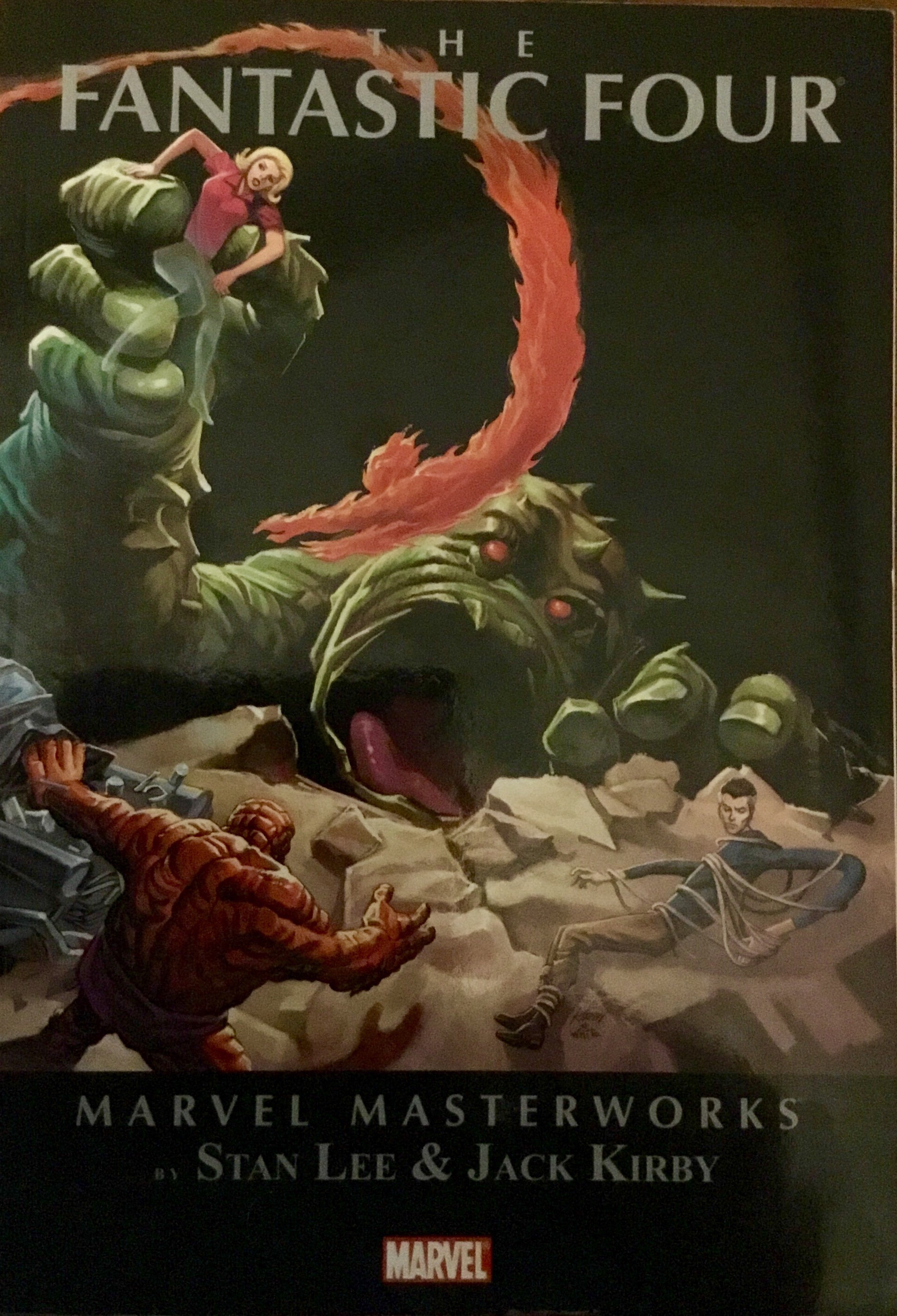 Ask any comics fan what is the most important ‘modern’ comic, and most will say Fantastic Four issue 1. It’s the comic that put Marvel on the map and for years was known as ‘The World’s Greatest Comic Magazine’ and for years, it was!

The creation of the Fantastic Four was instigated by publisher Martin Goodman, when he heard that DC’s Justice League of America was doing well, so he asked one of his writers, Stan Lee, to create something similar. Lee’s concept was to instead of making the members ‘super-friends’, he would instead create a super-family so the connection between the members was more permanent. The one member who wasn’t ‘family’ was made to think of his powers as a disability, and stayed with the team to get a ‘cure’. Lee created this by using older characters mixed with new ideas, and comic legend Jack Kirby was called in to co-create not just the team, but what would become the Marvel Universe.

The Fantastic Four is a super hero/ adventuring group consisting of four people with extraordinary powers bestowed on them by cosmic rays that washed over them: super intelligent Reed Richards aka Mr Fantastic, who has a stretchy, malleable body, the powerful Sue Richards, aka The Invisible Woman (though in this particular collection is Invisible Girl) who can turn invisible and create invisible constructs, pilot Ben Grimm, aka the Thing, a man with a literal rocky exterior and young hothead, John Storm, the Human Torch, who can burst into flames and fly.

These four are essentially explorers (like DC’s Challengers of the Unknown, a comic Kirby worked on) but end up in situations where they have to use their powers to perform acts of heroism.

Unfortunately for Lee and Kirby’s greatest creation, the FF has been cinematically mistreated over the last few years with three films that contained some gross miscasting, bad storytelling and even just daft realisations of classic comic imagery. Actually, Galactus from Rise of the Silver Surfer is probably one of the top three badly realised comic to movie bad guys ever (he’s like a giant cosmic fart), the other’s being Green Lantern’s undulating vomitus, baby faced Parallax and Doctor Strange’s pan-dimensional burp version of Dormammu… seriously, three of comicdom’s greatest villains reduced to various excretions.

These mishandlings, of course, caused Marvel to stop production of the comic after several awesome relaunches by major writing and artistic talents! For me, the Marvel universe is a lesser place without Reed, Sue, Ben and Johnny, and even though Johnny is now a member of the Inhumans and the Thing has been a Guardian of the Galaxy and an agent of S.H.I.E.L.D. (well, kind of), it’s not enough.

I impatiently awaited their return… and thankfully, they have come back just as good and fantastic as they have ever been.

Story: Stan Lee’s writing of this period may seem hokey now, but it was revolutionary at the time. His depiction of a family in crisis as they become more than adventurers, and their subsequent battles as they get used to acting as a fighting team and become accustomed to their powers is wonderful, and the jargon is a fun read too. This collection sees the FF get their powers, and then come up against the threats of the Mole Man, Skrulls, Miracle Man, Doctor Doom, the Sub-Mariner, Kurrgo…. and many more! It’s a roller coaster of fun which has time travel and adventure of all types. The best thing about this collection is that it kept some of the little mistakes made when these comics were first published, like when the first time Sue, the Invisible Girl, becomes ‘invinsible’…

Art: Jack Kirby is my favourite comic artist of all time, but I prefer his work from the 70s to his sixties work. That’s not to say this isn’t amazingly detailed art, it’s just not as much for me as what he was doing in OMAC, 2001: A Space Odyssey and The Demon, which was blockier, but for me more dynamic.